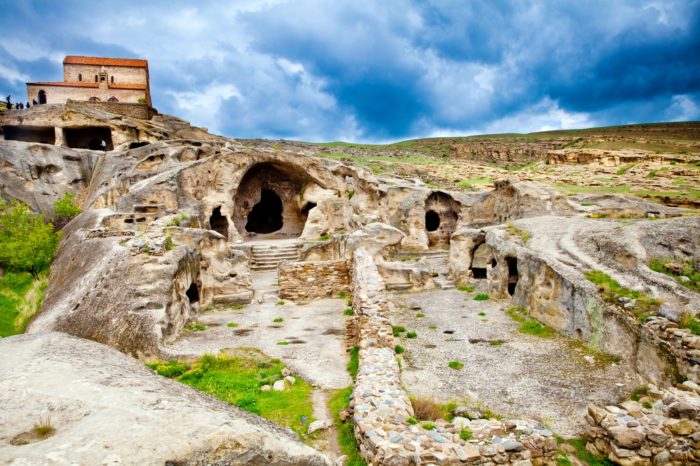 Take our guided tour  around some of the most dramatic natural geological beauty in Georgia. Uplistsikhe is an ancient pagan, political and cultural city  which was founded in the еnd of 2nd  – beg. 1st  C …

Unlock the history and culture of Tbilisi and Georgia on a fascinating urban adventure with a clued-up local guide. We have created a three-hour tour that anyone can tackle. Strolling down the peaceful ancient streets … 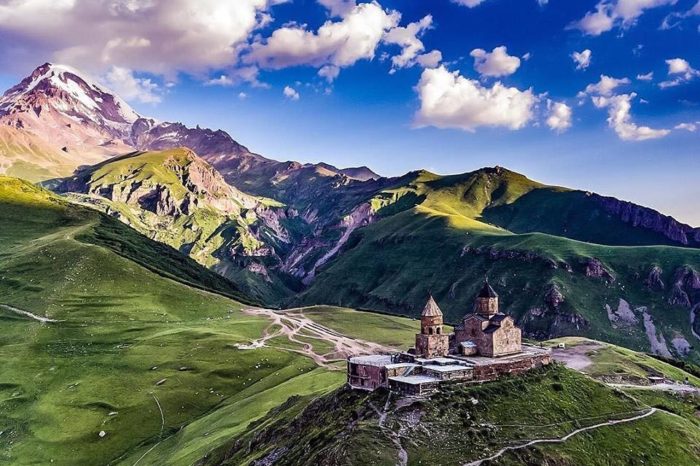 Where history, myth and legend collide in a fantastic day out for the whole family , friends or travelers. Embark on an adventure discovering the history of north part of Georgia (Mtskheta-Mtianeti Region ). Set …

Join us in our incredible journey to the wonderful and mesmerizing land called Georgis, country in the Caucasus known in ancient times as Iberia. It is famous for its millennia – old history and traditions and distinguished by its unbelievably rich landscapes and biodiversity.

Join us in our incredible journey to the wonderful and mesmerizing land called Georgis, country in the Caucasus known in ancient times as Iberia. It is famous for its millennia – old history and traditions and distinguished by its unbelievably rich landscapes and biodiversity.

Located between the Black Sea and the Caucasus, Georgia has been inhabited since ancient times. Moreover , the 1 800 000 year-old human bones excavated in Dmanisi, southern Georgia, have confirmed that it  had also  been a cradle  of the first European . A variety  of political unions had  existed  on this land  well before the kingdoms of Colchis  (western Georgia) and Iberia (eastern Georgia) emerged in the 1st millennium BC, both of which  are known to us  thanks to Greek and Roman writers, Georgians  have been cultivating  land since  ancient times  and are said  to be the first  growers of wheat and vine.

Rich in forests and water and containing sub-tropical costal lowlands, glaciers and alpine meadows, this country of modest size has always attracted powerful neighbors. Assyria, Achemenia, and Sassanian Persia, Greek colonists, Hellenistic monarchies and the Roman Empire have many times attempt to subdue it.

Ancient Greek story of Jason and the Argonauts search for the Golden Fleece is inspired by the Georgian’s unique way of using sheepskins to collect the heavy gold deposits from the high mountain rivers.

One of the most impressive thing you see as you travel across Georgia is the nimber of churches and monasteries. And there is explanation to this , Georgia was one of the first countries in the world to officially converted to Christianity , in 337 AD.

Georgia’s architectural inheritance is exceptionally rich. So are the churches and frescoes superb, so are the many of historical monuments.

There is saying in Georgia that “the guest is the gift from God”. Indeed, you will be surprised by warmth and hospitality of Georgians! During the traditional Supra , or feast, not only enjoy the amazing and tastiest local food, but be expected to taste lot of wine , which has been produced here for thousands of years. Today more than 500 varieties of grapes are grown in Georgia.

From architecture of Tbilisi to the vineyards of Kakheti; from the ancient stone towers of Svaneti to the beaches and nightlife in Batumi, there is something inspiring and exciting for everyone.

Ski the Caucasus mountains, Europe’s highest mountain range , in the morning and relax at the Black Sea coast in the afternoon! Georgia has a welcoming culture which explains its world-famous hospitality.