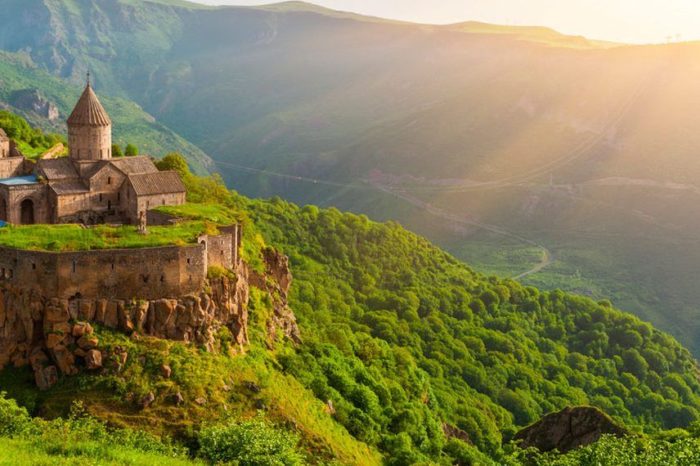 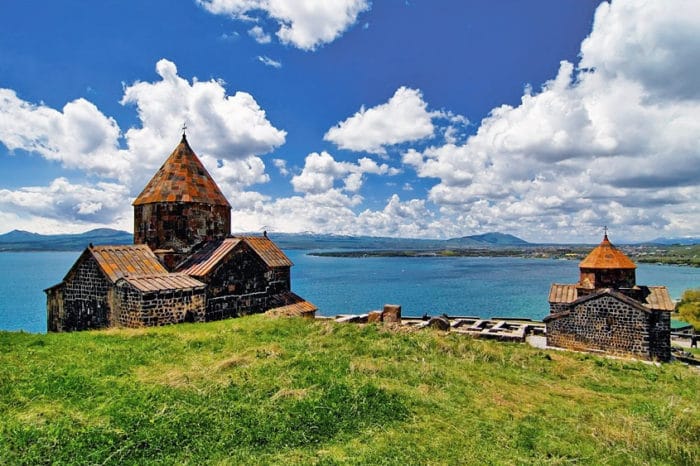 Armenia, is a country in the South Caucasus region of Eurasia. Located in Western Asia[14][15] on the Armenian Highlands. Modern Armenia comprises only a small portion of ancient Armenia

Armenia, is a country in the South Caucasus region of Eurasia. Located in Western Asia[14][15] on the Armenian Highlands. Modern Armenia comprises only a small portion of ancient Armenia, one of the world’s oldest centres of civilization. At its height, Armenia extended from the south-central Black Sea coast to the Caspian Seaand from the Mediterranean Sea to Lake Urmia in present-day Iran. Ancient Armenia was subjected to constant foreign incursions, finally losing its autonomy in the 14th century CE.

Armenia is a mountainous country characterized by a great variety of scenery and geologic instability. There are no lowlands. In the eastern part of Armenia, the Sevan Basin, containing Lake Sevan. when you sit on the bank it seems that the water surface is about to touch the sky. This amazing lake is the largest and possibly the most beautiful in the Caucasus. You can also explore the monastic complex of Sevanavank, built in 874, located nearby.

Over the centuries Armenia was conquered by Greeks, Romans, Persians, Byzantines, Mongols, Arabs, Ottoman Turks, and Russians. Nowadays Armenia contains lots of   oldest Christian churches and mpnasteris, which are  built 1,5 millennia ago (Etchmiadzin and Zvartnots)

The capital of Armenia , Yerevan is a very interesting place for visit . It is full of sights and attractions that will be interesting for the guests of the country . It would be impossible not to notice magnificent natural landmark, Mount Ararat. This emotive and awe-inspiring mountain is beautiful in any season. Traditionally, Mount Ararat was the symbol of the motherland for all Armenians, and it remains so today.  Mount Ararat tradition identifies as the mountain that Noah’s ark rested on after the flood.

Armenia is a tourist friendly and safe country . It tourism opportunities offer all palettes of cultural and historical discoveries. For Example, Geghard Monastery  or Garni Temple . We can offer you nice program which includes  main attractions in a short term , especially if you are limited in time .

Even in this small mountainous country, there are places where they have not only uniqueness in the architecture, but also an imitable local dialect. It is all about Western Armenia, where you will find Gyumri, the second largest Armenian city, and Aruch, the ancient capital of Armenia.

Armenian cuisine is unique as it culture . The dishes here are diverse and delicious thanks to the use of lots of spices, herbs, and wild flowers. Due to the favorable climate and the warm rays of the sun, the Armenian land provides a huge amount of juicy fruits and healthy vegetables. When you visit, make sure to try the famous golden Armenian apricot, which absorbs the bright rays of Armenian sun every year and is guaranteed to please due to its gentle taste and aroma.

You can travel to Armenia all year around it has variety opportunities to make your holiday good  an unjoyful.